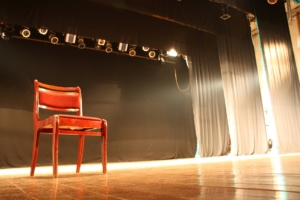 Located in the suburb of New Farm, Queensland, the Brisbane Powerhouse is an art hub and cultural centre that was once a massive power station back in the 1920s. The Powerhouse is one of the busiest art venues in the Asia-Pacific region, with over 1,250 performances and events every year.

The array of performing arts and visual arts is never-ending, and includes music, dance, comedy, film, cabaret, circus, and theatre. The venue hosts some of Queensland and Australia’s largest events including the Brisbane Comedy Festival, Australian Performing Arts Market, Queensland Cabaret Festival, MELT: A Festival of Queer Arts and Culture, and Wonderland.

The pre-war industrial iconic building showcases striking architecture perched above the mighty Brisbane River. It holds the rich history of the city, dating back to the early 1900s, when Brisbane was serviced by a bustling tram system.

The industrial red brick facade, interior steel beams, gantry, generator, and cement floors give a glimpse into the past and Brisbane’s historic tram system. When the tramway was decommissioned in the 1960s, an art savvy crowd moved in and left a legacy of graffiti, or what is now known as ‘aerosol art’.

The refurbished Brisbane Powerhouse was designed by Architect Peter Roy from the Brisbane City Council. It was opened to the public in May 10, 2000. And then seven years later, the building underwent further renovations to increase audience capacity, and improve restaurant and bar facilities.

Today, the Powerhouse is a multi-purpose cultural art centre featuring the 536-seat Powerhouse Theatre, 200-seat Visy Theatre, and Turbine Hall. The Bar Alto and Watt Restaurant offer one of the best views of the Brisbane River.

The venue continues to produce events and develop projects in all areas of visual and performing arts. They also provide workshops for children, as well as a venue for weddings, conventions and other special events.

The JMac team clean the Powerhouse bins and bin room weekly… and we must admit, cast a wide-eyed stared around the place, in awe of the beauty of the surrounds and talent that has performed beneath its lofty ceiling.