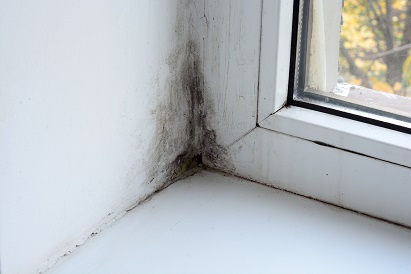 Is Mould threatening your health? Or the health of your clients or loved ones?

These little fellas are eeeeeeeeeevil!

Mould appear like tiny spores and thrive on moisture. They can grow in old wood and settle in the cracks found in walls and foundations. If you notice a foul odour and discoloration on your walls, it can be a sign of mould infestation.

Do you remember us saying how evil these guys are? Moulds are a lot more dangerous than you might think. They pose potential health issues that can result in fatality in the long run. 🙁

Moulds can affect anyone within a building, including pets. However, infants, young children, elderly people, and those with pre-existing health problems are at higher risk.

With those stats, if you have children, run a day care centre, school, sport or community area where young or old congregate, or an aged care facility – act immediately if you suspect there is mould on your premises.

Some of the potential health problems caused by moulds include:

If you have pets in your home, especially cats and dogs, watch out for these signs as these can tell that your furry friend might be suffering from a mould-related health problem.

Okay, enough of the scare tactics! The most obvious question now becomes…

How do you know if your home or building has a mould infestation problem?

One of the most obvious signs that you have a mould problem on your premises is when you actually see the mould itself. You might say ‘oh doh! Obviously!’, but you may not have taken the time to look above the shower stall recently where Mr Merv Mould has been setting up his mouldy harem and reproducing at an alarming rate! So be sure to do some frequent inspecting.

Now here’s the not so great news…

Often times, mould grow in concealed places like under the floor, inside the walls, attics, and even in air-conditioning ducts! If you notice a musty odor even when your building is clean, then you probably have mould growing somewhere. If your premises has been flooded or had some water leakages in the past, you can assume that you might have a mould infestation problem as well.

If you are unsure and really concerned, you might consider hiring a professional mould tester to see if your house has been infested.