Home/About Us/Team
Team jmacweb 2019-11-11T15:32:41+10:00
Welcome to the JMac Property Services Team Page. We like to work hard, provide exceptional service, and have a lot of fun while we do it!
So, without further ado… meet the team… 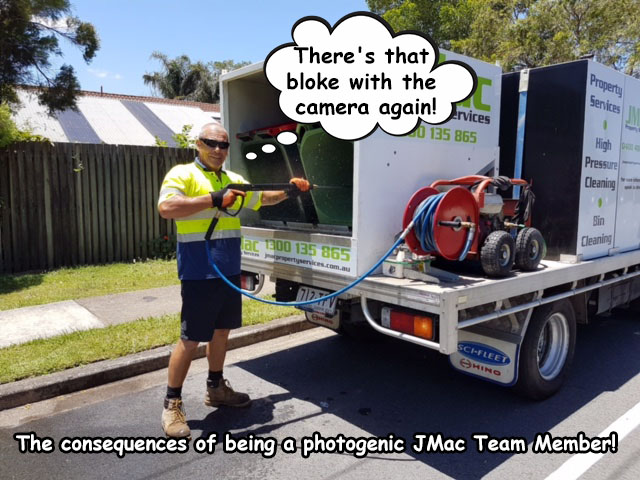 “And here we find the JMac Bin Cleaner in his natural habitat… an attractive specimen. Notice the bright colours – their purpose is not as with other species for attracting a mate – these are purely for safety. Notice also the stylised grip on the cleaning handle and balanced stance of our subject – poised for action. We’ve heard this particular subject is named Perry… and no doubt he’ll be the subject of further studies into JMac Team Members…” 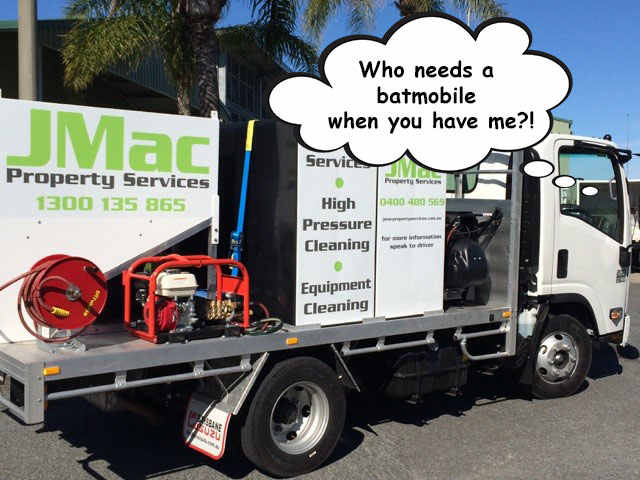 The caped crusader may have the batmobile, Han Solo – the Millennium Falcon, and Captain Kirk – his Enterprise… but we have the JMac Trucks! And while our trucks choose not to show off by bunny hopping from one building to another or go to warp drive – they do allow us to be punctual, carry the equipment that teleports any grime in your bin to another dimension, and battle intergalactic pirates who wish to steal your wheelie bin… okay, so the last one is a bit of an exaggeration… intergalactic pirates probably don’t use wheelie bins… 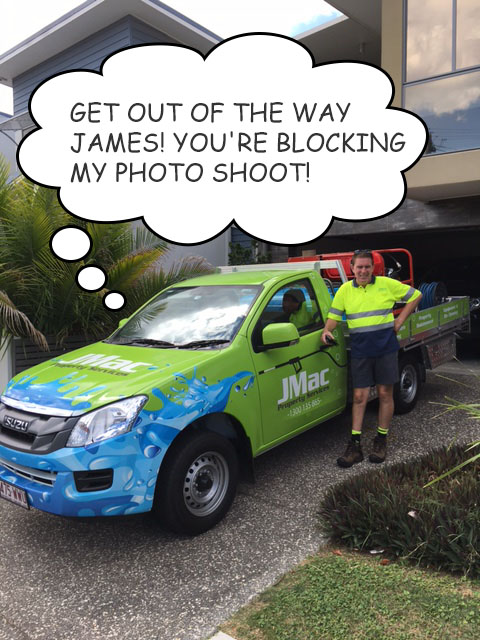 The JMac Property Maintenance Utes are always ready and raring to get the team to their next High Pressure Cleaning or Property Maintenance gig. But we suspect their enthusiasm really stems from a fondness of seeing their reflection in the crystal clear glass doors and windows of the buildings after we clean! 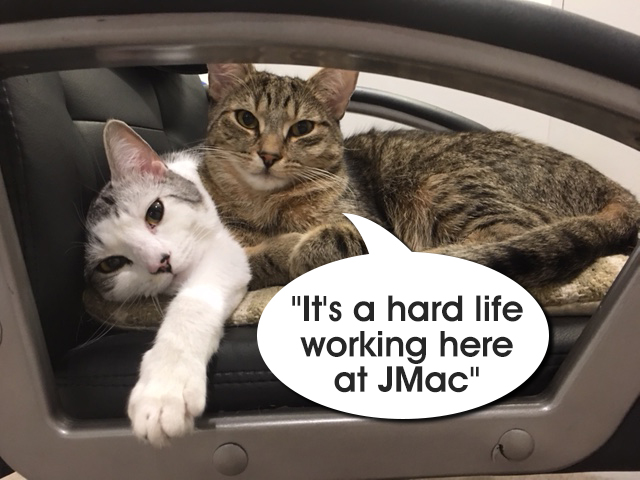 Meet Molly and Marko. Molly is the cute one, and Marko is the other cute one! After working diligently as chair warmers in the JMac office for 12 months they have gotten into a routine of fighting over the ‘bosses chair’, sleeping on top of each other, and waking up at 3am to terrorise anyone in the vicinity of the office at that time. We also suspect they have mastered the art of using the team’s mobile phone database as we’ve had reports of purring on the line on more than one occasion… Sheesh! The things a chair warmer will do to while the time away! 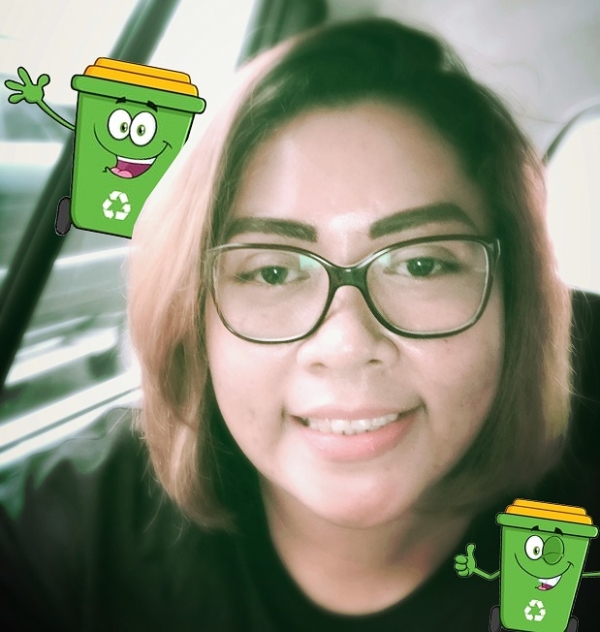 Wonderful Elle runs the accounts and admin for JMac, and spends her days taking care of acronyms! CRM’s, BAS, GST, ROI, EOY, CPU, KPI’s, FTE’s, SOP’s and many more! While she has a lot on her plate and works long hours, she tries not to take her work home with her… but she’s not always that successful! (Those recycling bins can be sooooo clingy!) 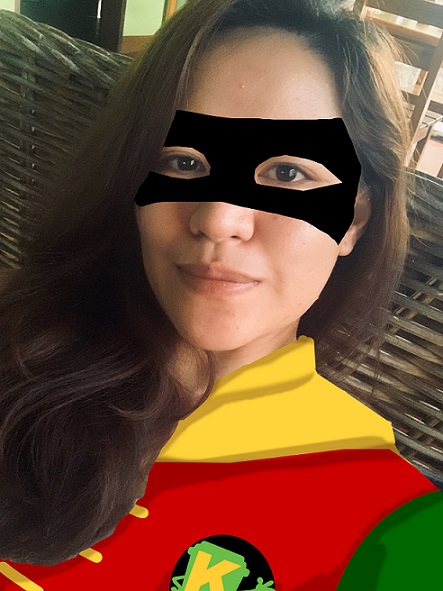 Kenny is the other half of the Dynamic Duo in the JMac Administration Team. Behind that mask is a courageous, administrative challenge solving heroine who fearlessly races into action to back up her partner in non-crime, Elle. On the phone, in the emails, around the CRM and tracking accounts… she’s onto it – but humbly she will say it’s all just another day in the JMac Universe. 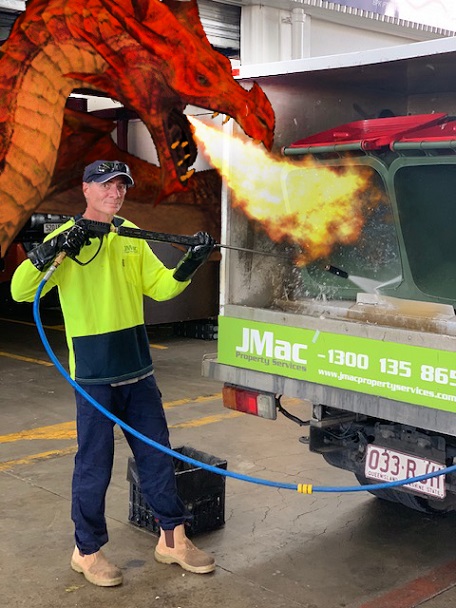 Noel, efficient and fearless JMac Operations Team Member began to regret putting his hand up for taking the new work experience recruit under his wing… if only he’d known it was one of the ex stunt action personnel from the Game of Thrones franchise he might have thought better of it. High pressure cleaning was fast becoming steam cleaning before the day was complete! 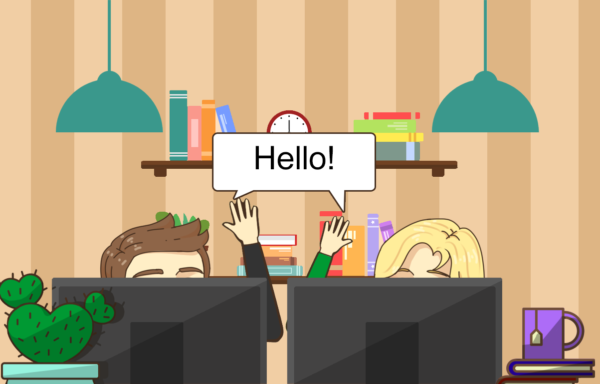 At one stage the people at JMac suspected that Alan and Deb of the marketing team were quite literally digital… so Alan and Deb organised a photo shoot just so they could provide photos as proof… and now the JMac Team know for sure!